Working with Behnisch Architekten, the project focuses on climate, responding both to Baltimore’s humid summer, moderate intermediate seasons and winters by creating an urban garden at the base of a glass atrium to bring landscape into the library.

The building is situated at the very prominent intersection of Maryland Avenue and Oliver Street, with immediate visual connections to Penn Station, Gordon Plaza and the University Bookstore. It also commands a significant presence along Oliver Street, which promises over time to become an important pedestrian link extending from the west end of Oliver Street to the John and Frances Angelos Law Center at Charles Street.

The transformation of the Langsdale Library encompasses two overarching themes: respecting the memory and history of the original library design, while simultaneously modernizing it.

A glass atrium, created by the removal of a one level auditorium, folds outward from the west façade of the original building. The glass atrium is rotated on the site, creating the opportunity for two small gardens at its base.  The garden towards Oliver Street acts as a public entry for the new library through the atrium, while at the rear a private garden for reading is created.  An angular fence separates the two spaces.

Lush plantings fill the rear garden accented by a wedge of giant Ostrich Ferns.  Flowering shrubs and trees surround the seating area.  Meanwhile in the front garden, upright Ginkgos march toward the street under-planted with a mix of native evergreens. 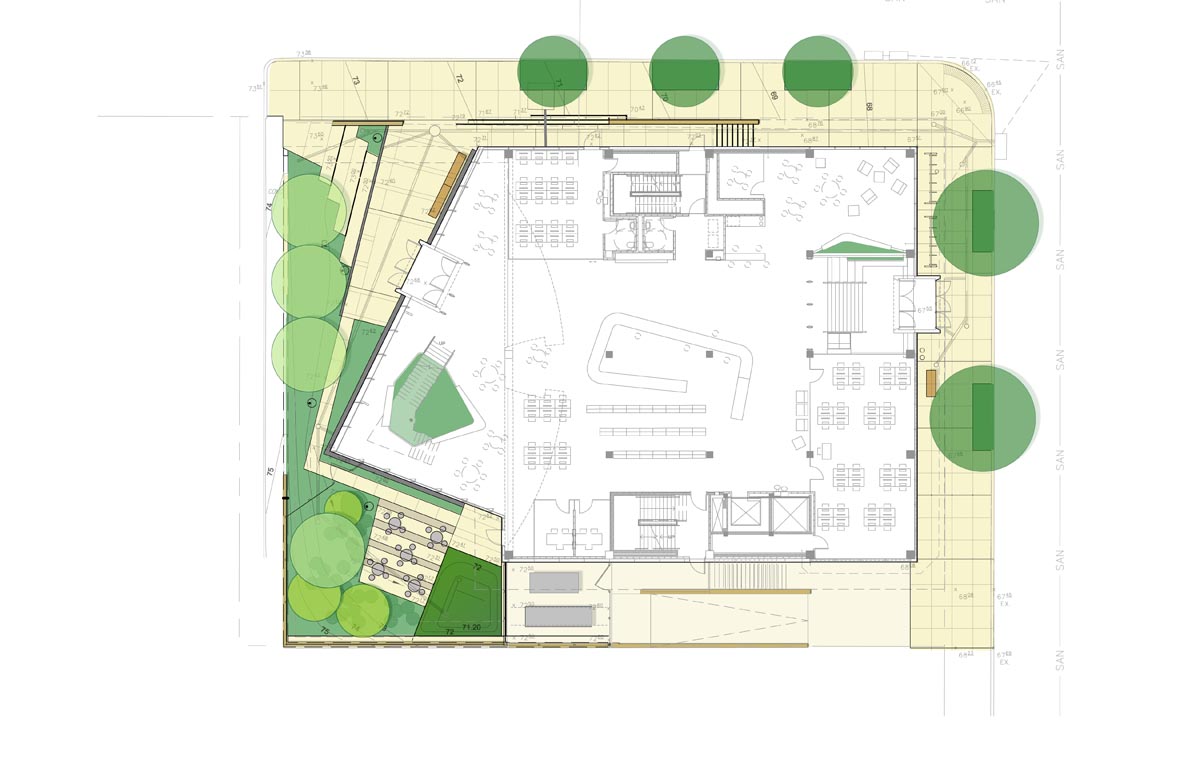 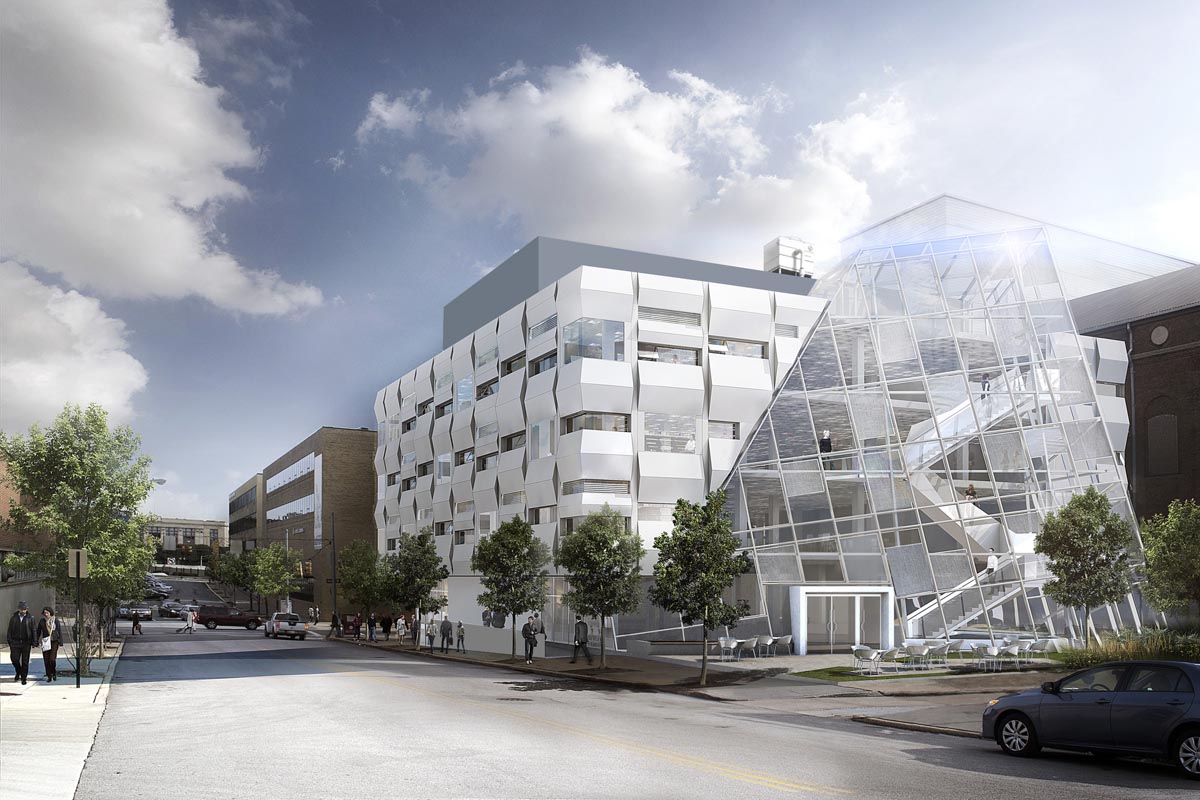 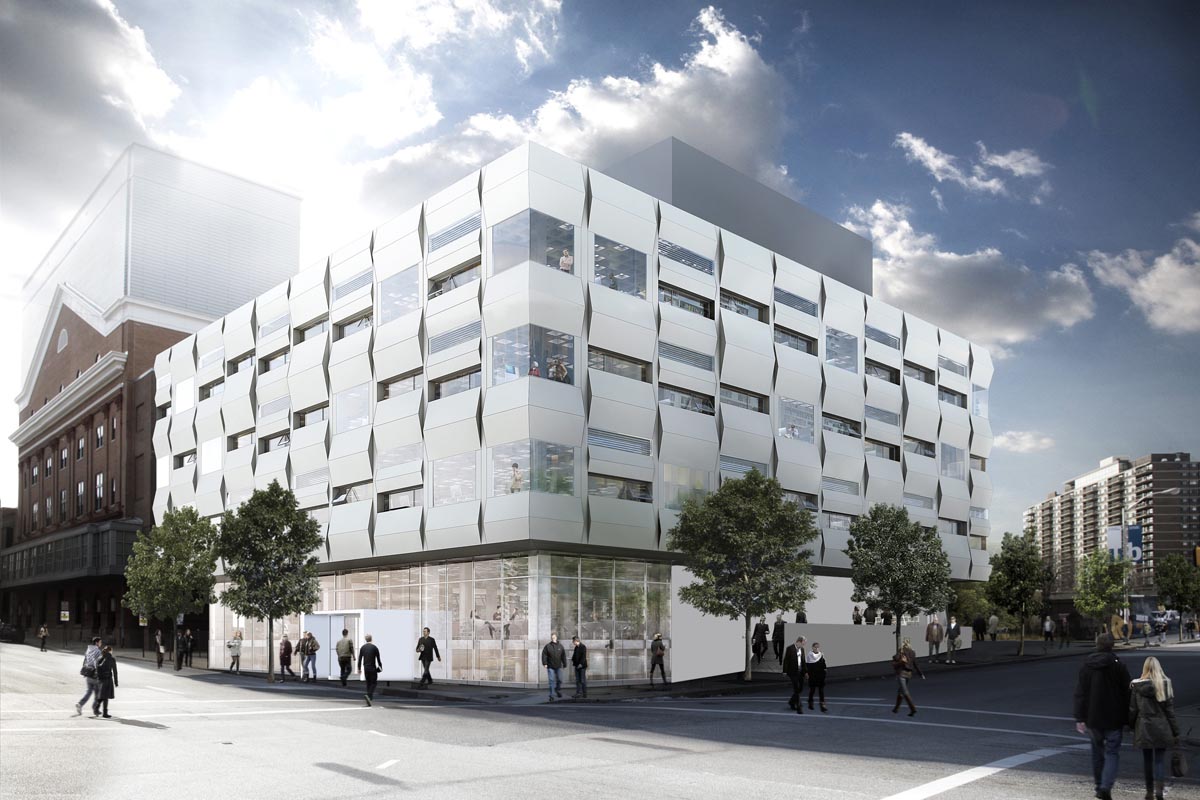 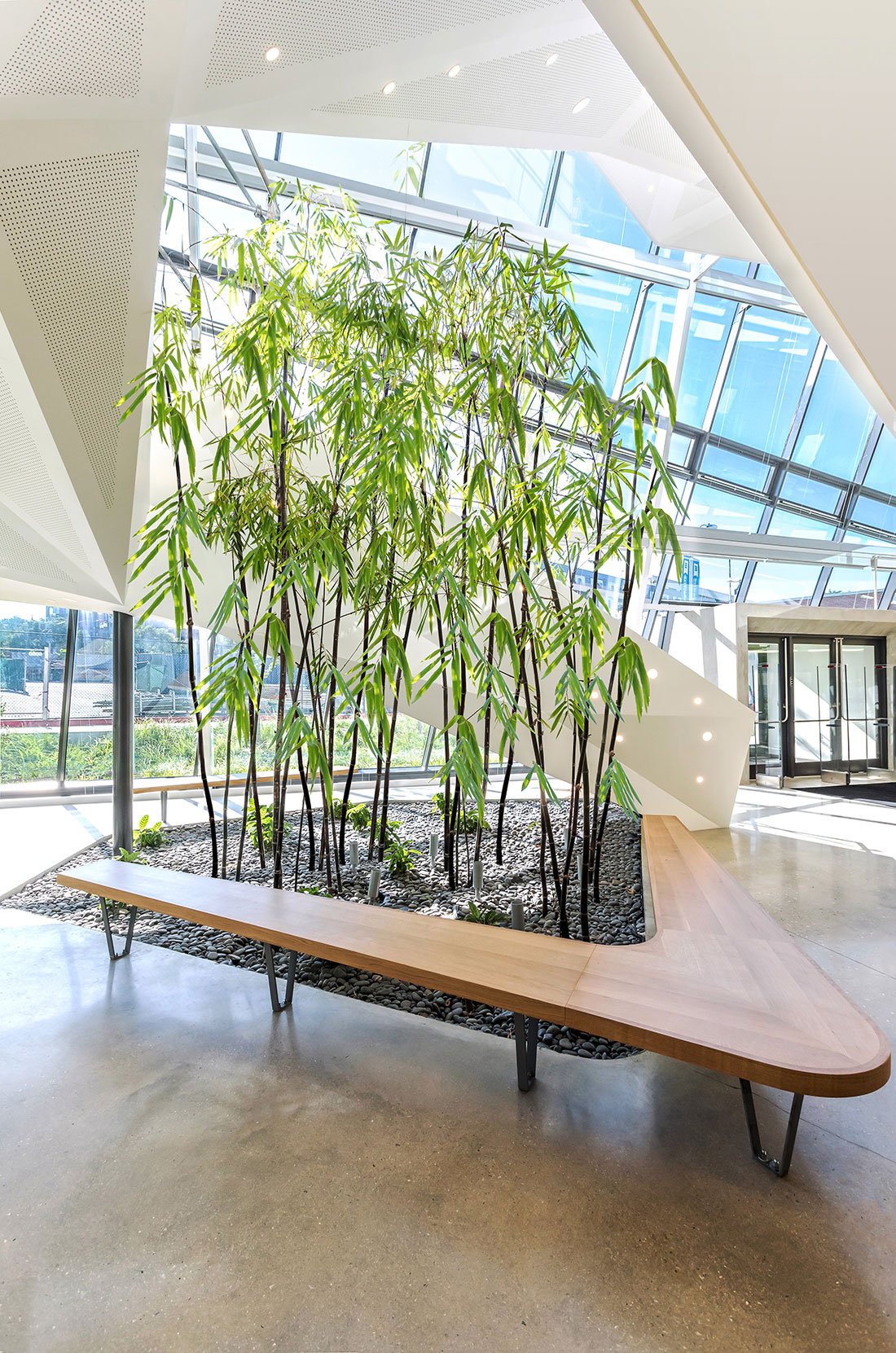 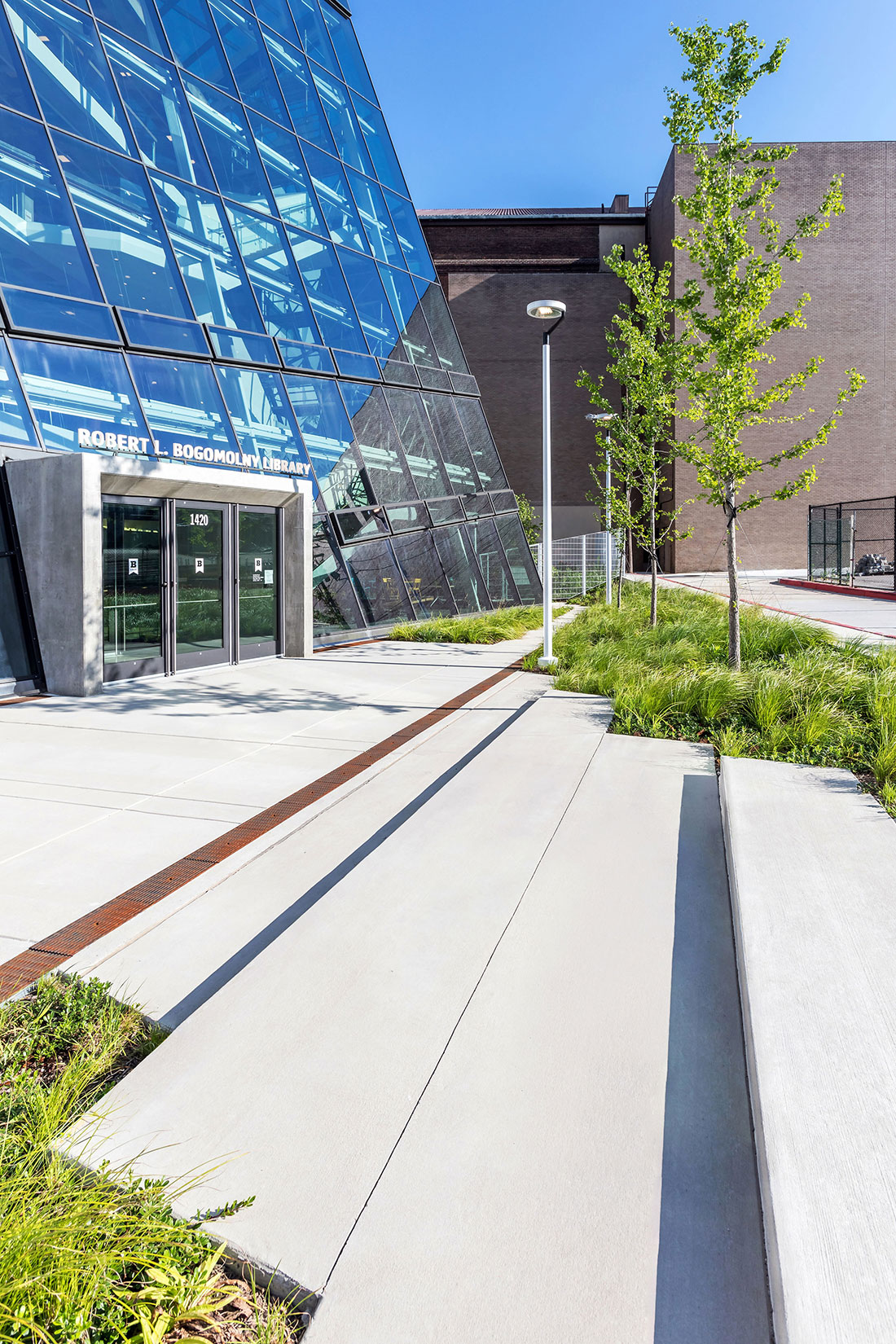 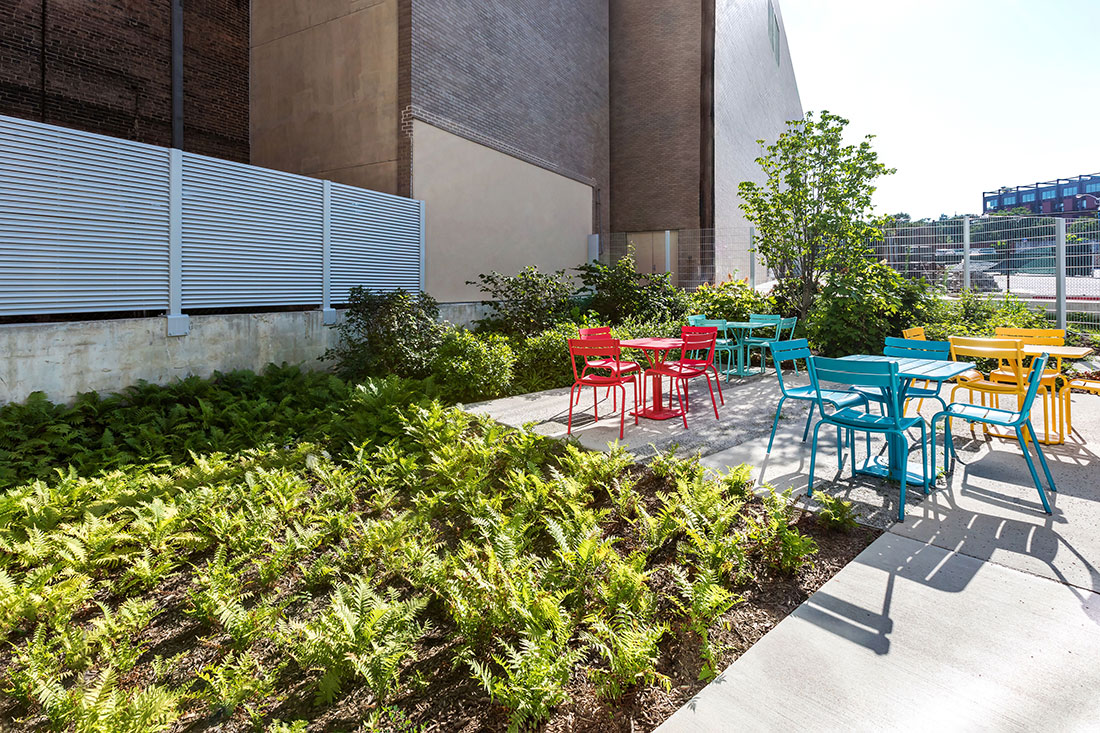 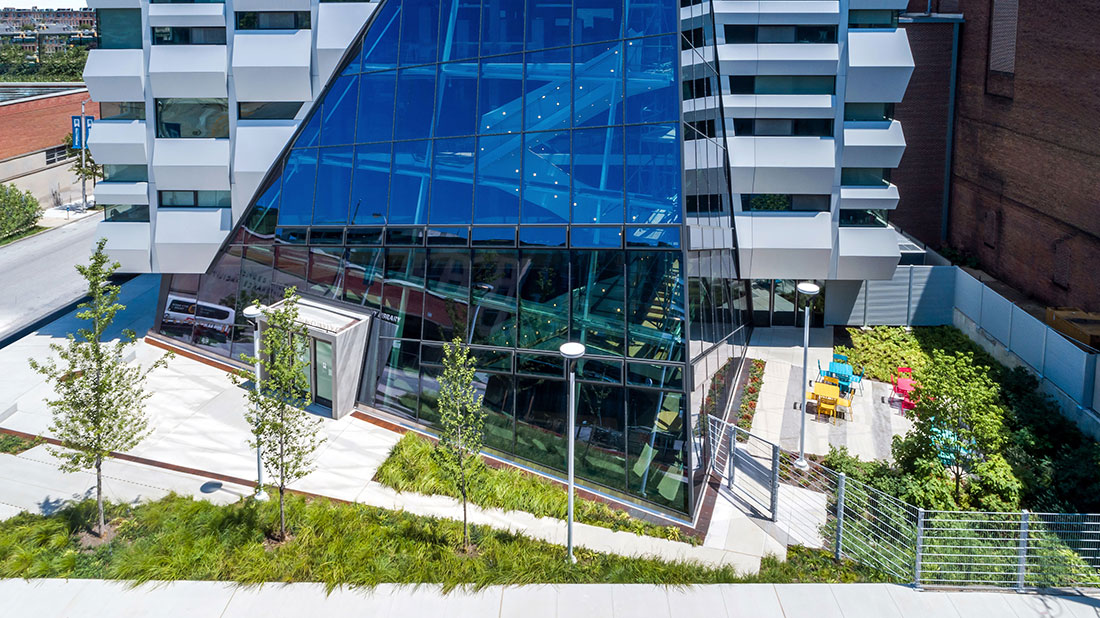 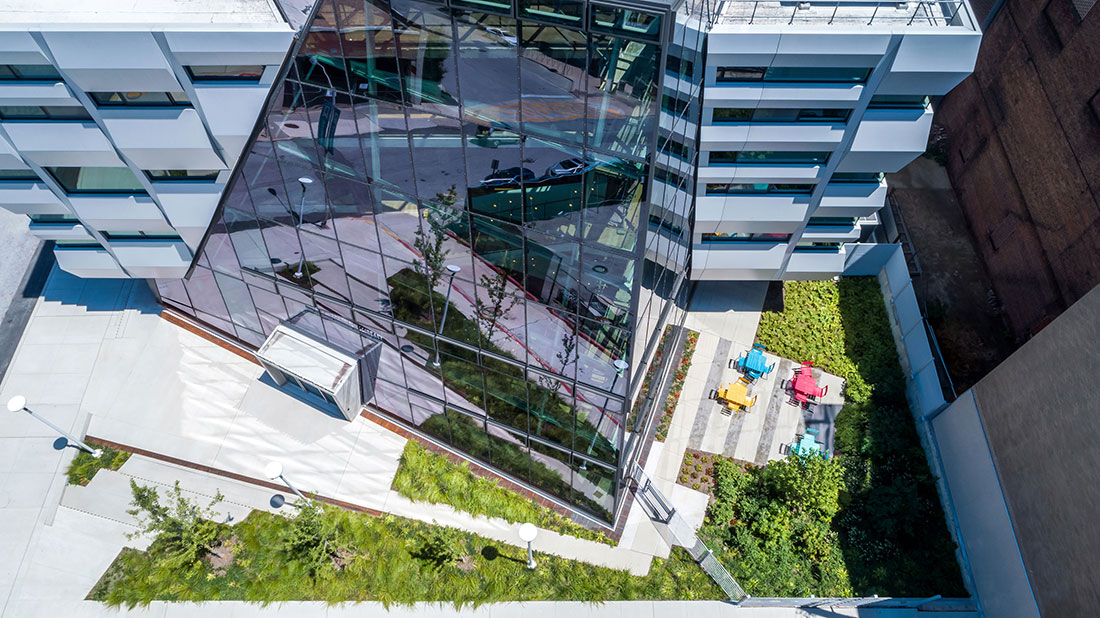 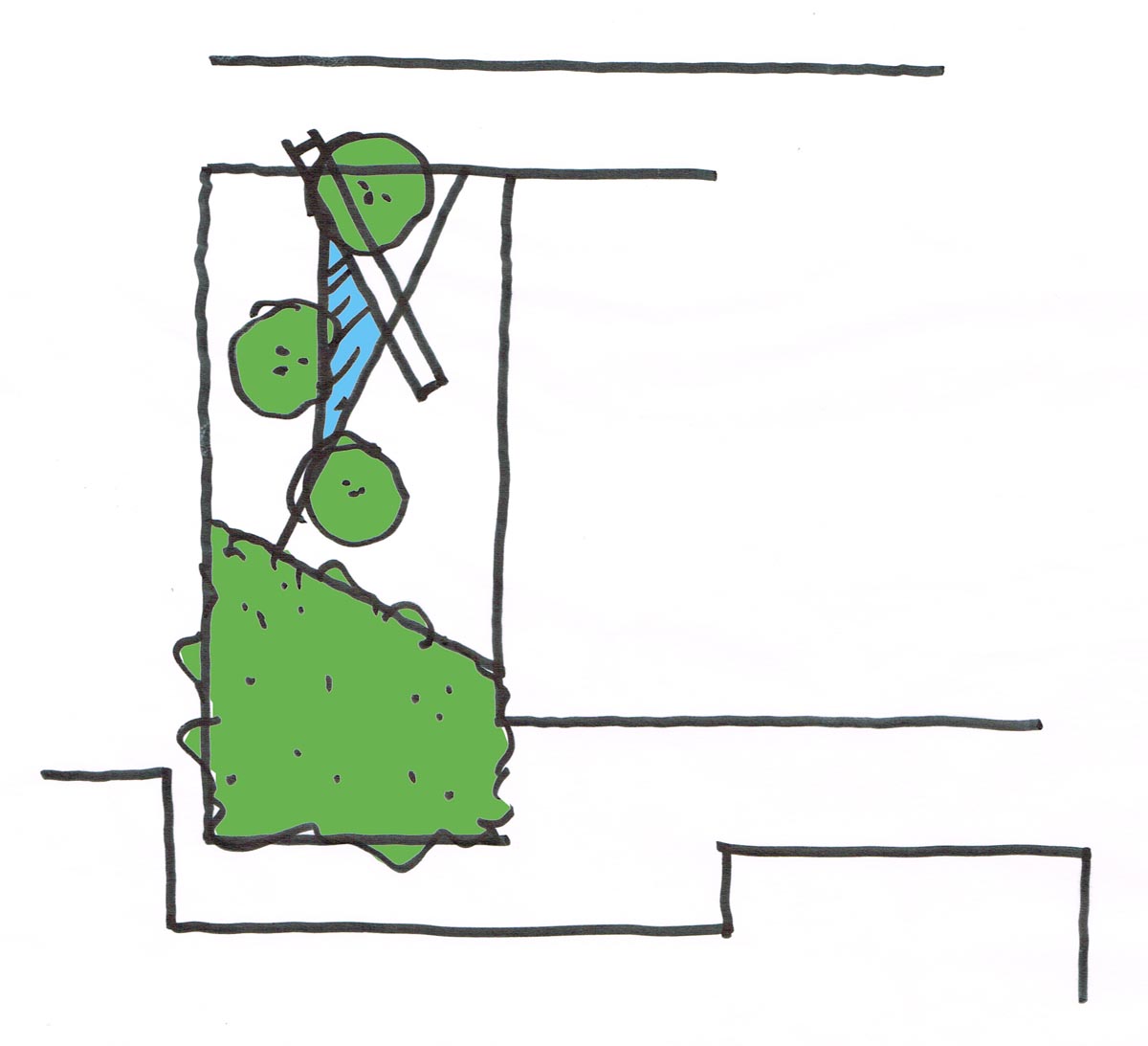 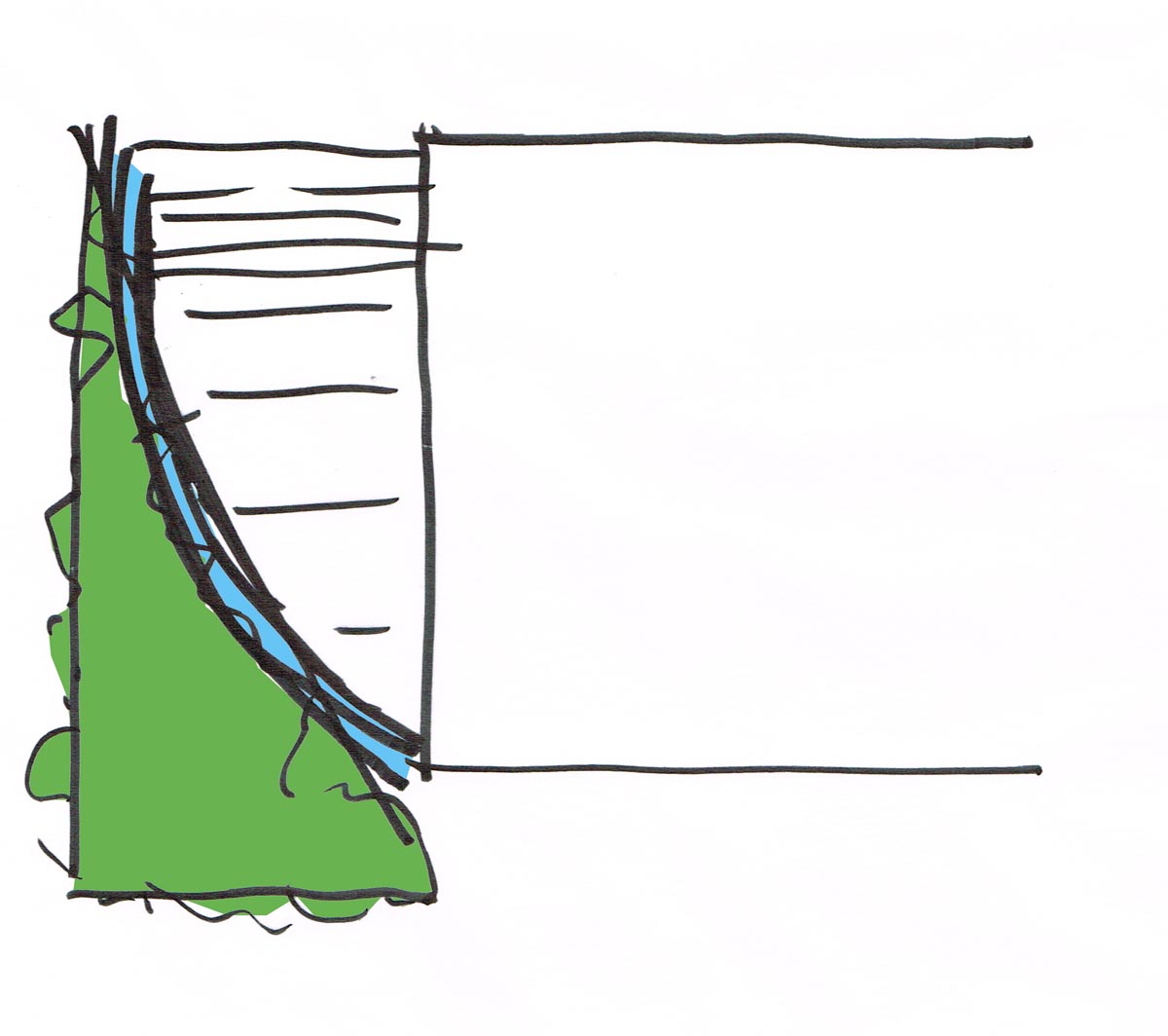 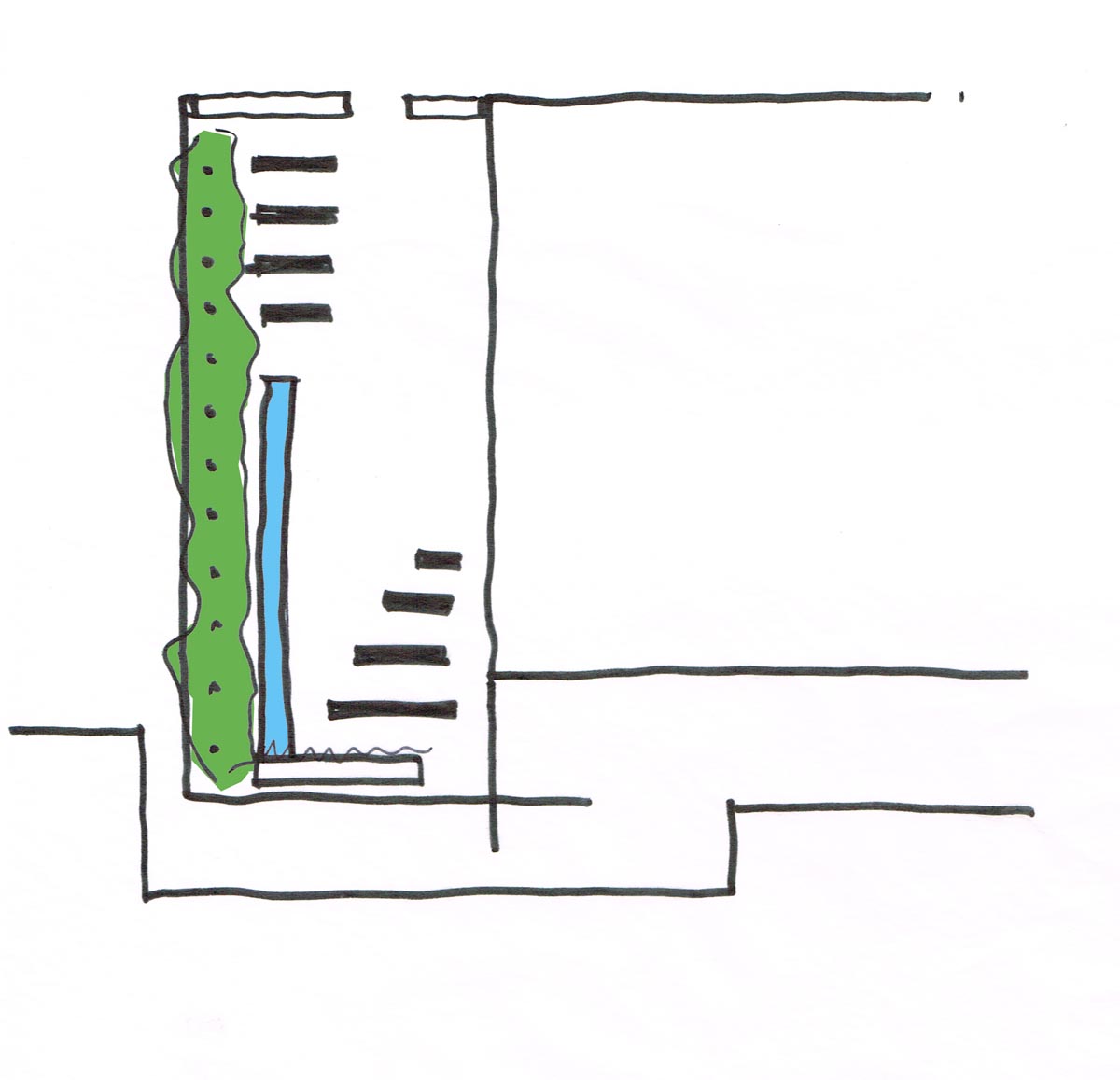 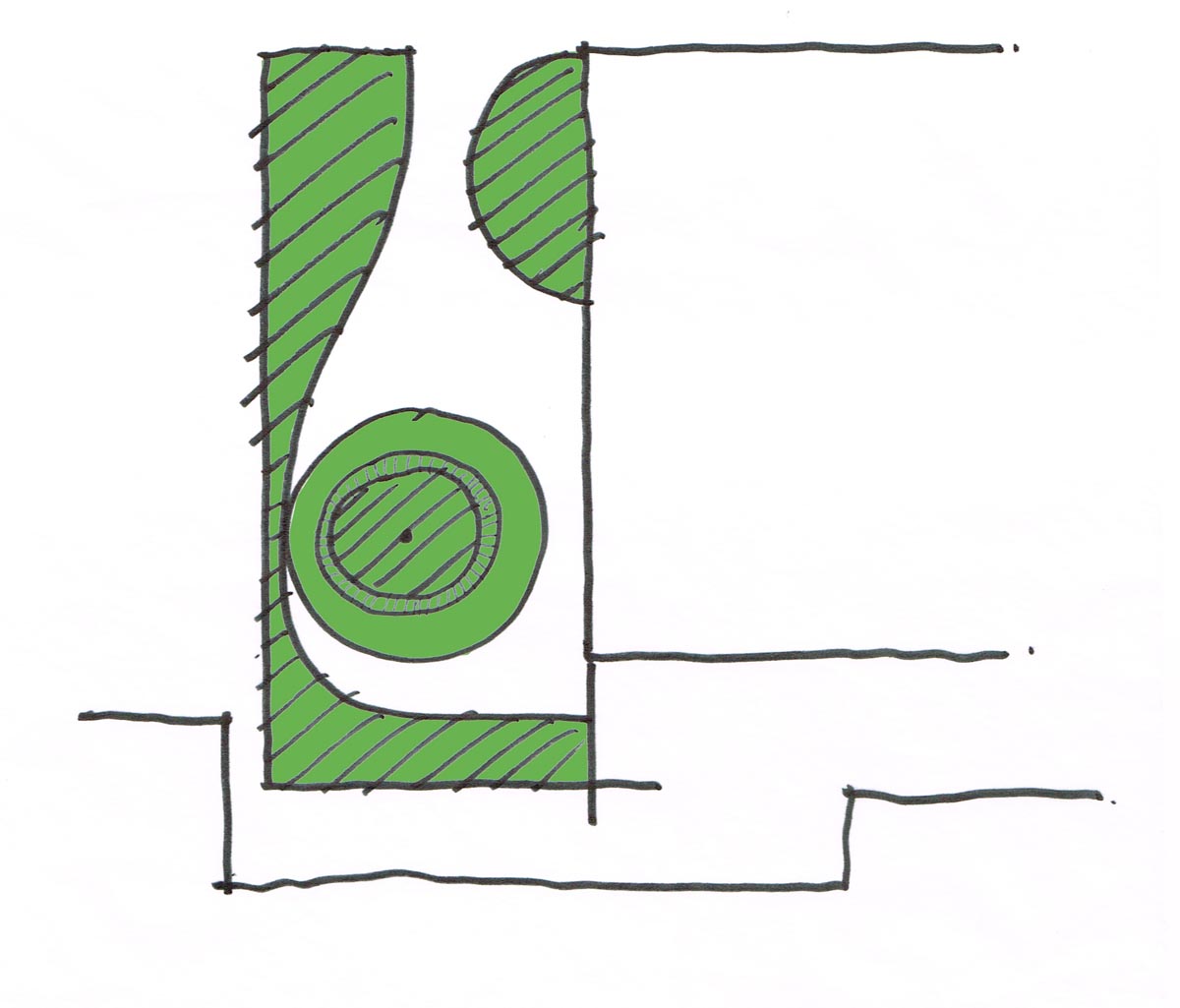 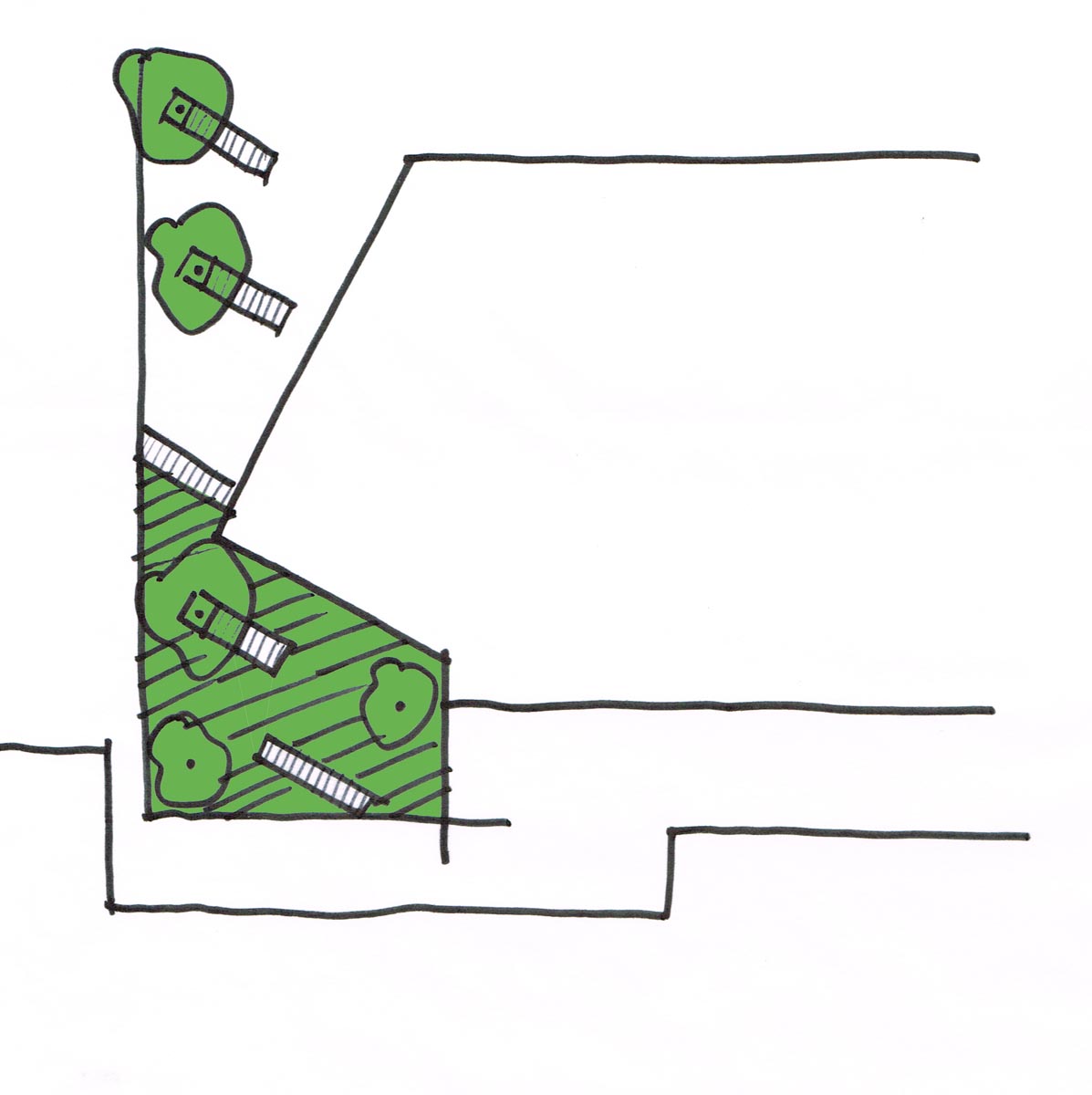 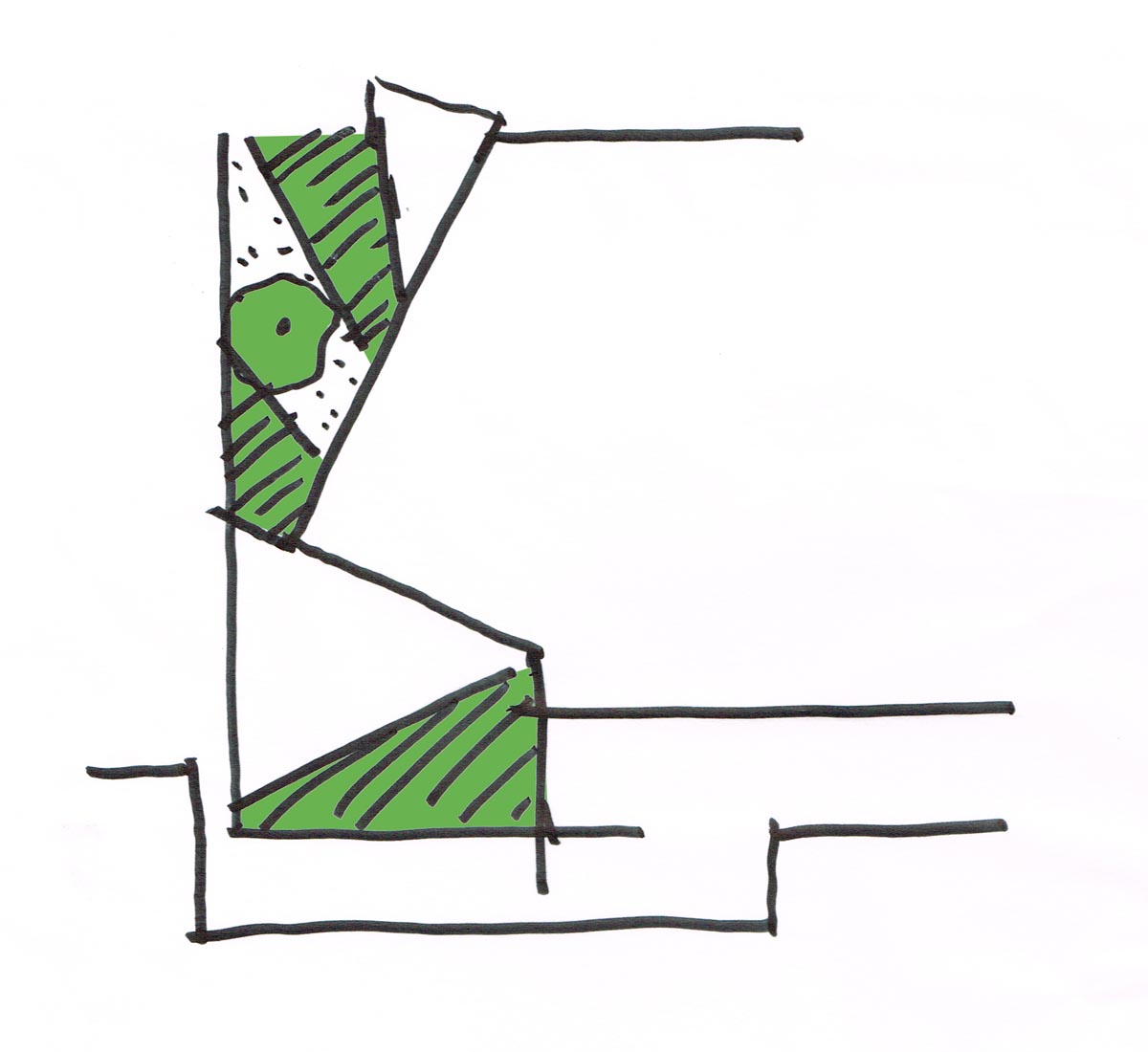 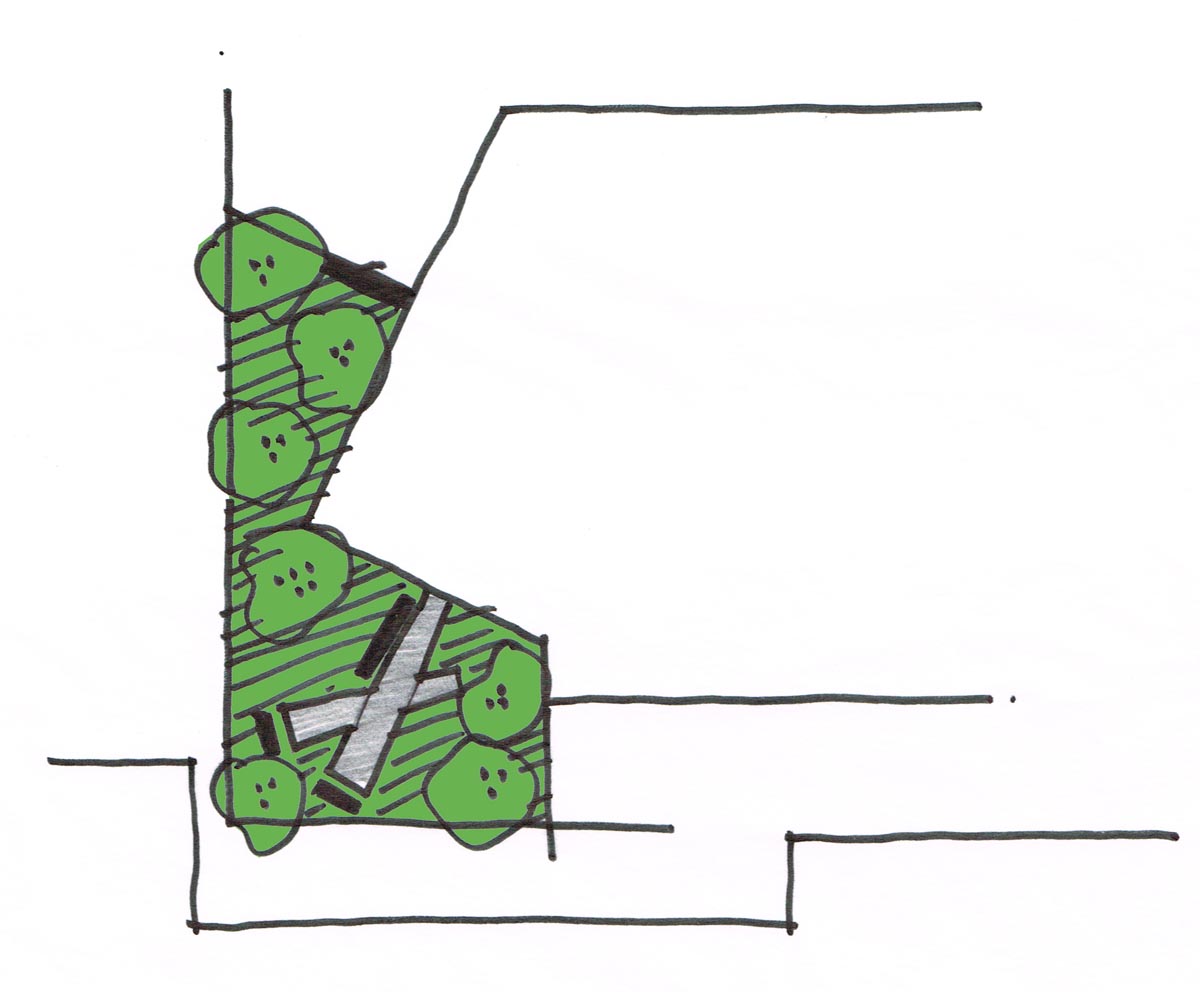 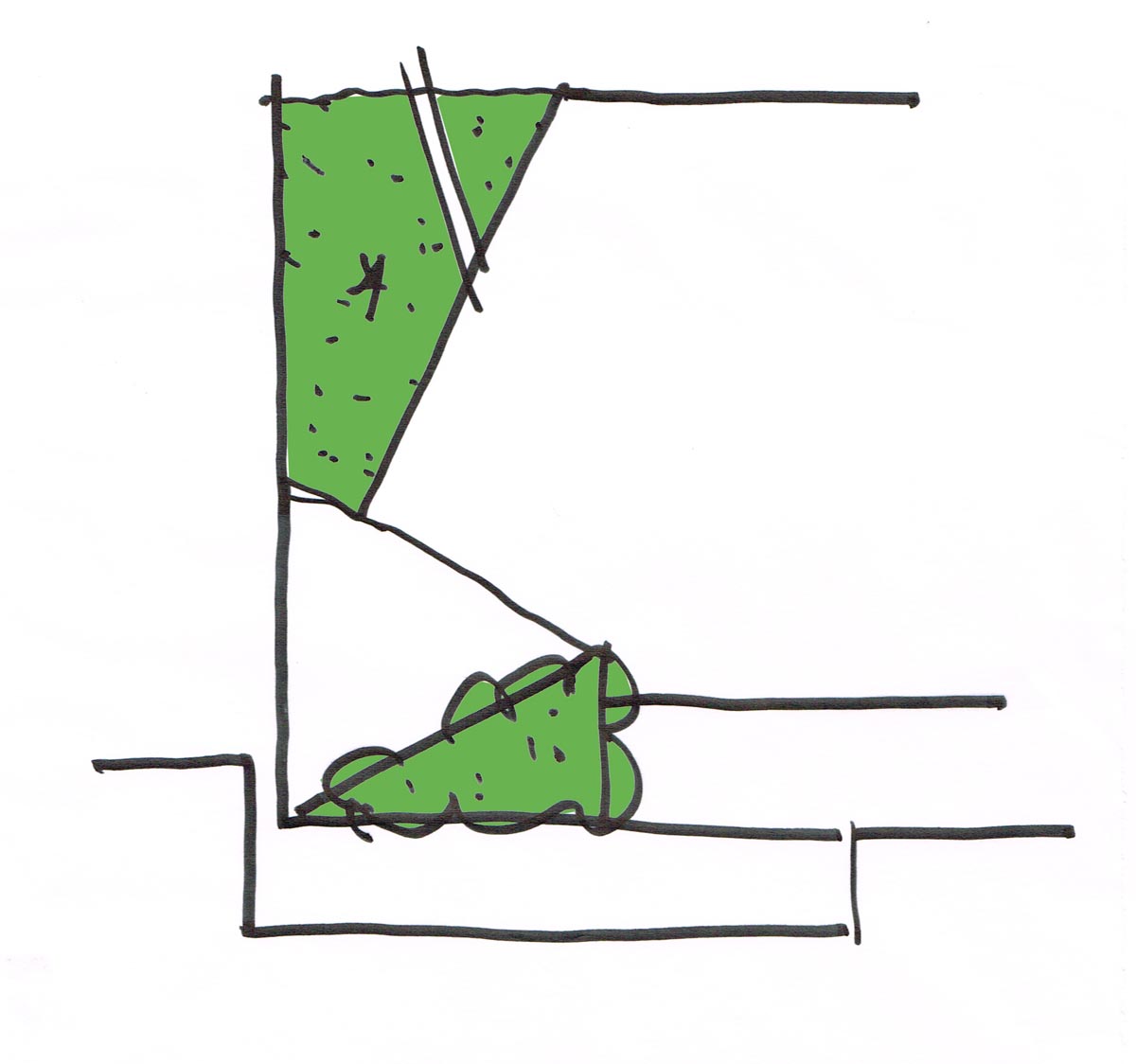